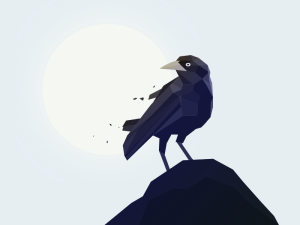 A perch between reason and faith

When I first heard the phrase “all religions are the same”, even as a fairly nominal and agnostic Christian, I thought it was a ridiculous statement to make. The fact that even the most similar religions (such as Judaism, Christianity and Islam) had such contradictory claims made it a stupid question to consider. One day, I was shown this story by John Saxe (based on a traditional Indian tale) which made me hesitate:

“It was six men of Indostan,

To learning much inclined,

Who went to see the Elephant

(Though all of them were blind),

That each by observation

The First approach’d the Elephant,

And happening to fall

Against his broad and sturdy side,

At once began to bawl:

“God bless me! but the Elephant

The Second, feeling of the tusk,

Cried, -“Ho! what have we here

So very round and smooth and sharp?

To me ’tis mighty clear,

This wonder of an Elephant

The Third approach’d the animal,

And happening to take

The squirming trunk within his hands,

Thus boldly up and spake:

The Fourth reached out an eager hand,

And felt about the knee:

The Fifth, who chanced to touch the ear,

Can tell what this resembles most;

Deny the fact who can,

This marvel of an Elephant

The Sixth no sooner had begun

About the beast to grope,

Then, seizing on the swinging tail

That fell within his scope,

And so these men of Indostan

Each in his own opinion

Though each was partly in the right,

And all were in the wrong!

So, oft in theologic wars

The disputants, I ween,

Rail on in utter ignorance

Of what each other mean;

And prate about an Elephant

Not one of them has seen!

The story about the 6 blind men was written in the 19th century and has since been used as a poster boy for religious relativism. Granted, it consists of pretty powerful rhetoric but adds little to the actual argument. Similar to the analogy that religions are multiple journeys towards the same destination, the point of the poem are that religions are partial perspectives of the same object. The religious believer is like one of the blind men who see the truth only partially but insists that they have the totality of it. God is present but has left them to their own devices. Like them, we are blindly groping in the dark, attempting to break free of our chains to escape the cave and see the world for what it really is. It isn’t until the king who requested the elephant makes known to them what it really is, that they can truly know what an elephant is. The implication for modern religions is that believers claiming to have the truth are merely expressing their arrogance and ignorance.

Although the poem gave me pause, at the same time there was something intuitively puzzling about it. Upon further reflection and research, here are 2 biggest reasons why I think the argument doesn’t hold water:

1. The truly arrogant claim is the one that all religions are true

The only reason the blind men can know it’s an elephant is that the king reveals it to them. Without the king’s revelation, they will forever be stuck with their impression of the elephant, “its very like a rope!” But if one argues that all religions are partial perspectives of God, then they must assume the position of the king, the perceiver who has access to the complete picture of God. For such a person, he must have intimate knowledge of God and each religion, knowing the conditions that would make each claim true or false, in order to make such a universal statement. It is, as Newbiggen says, to claim knowledge superior to even those of religion. This applies also to the claim of God’s non-existence, which no one is able to know unless it’s revealed to them. The atheist finds himself in a quandary, because in order to deny the existence of God, he must have 1) sufficient knowledge of every religion to decide which religion’s God to deny and 2)transcendent knowledge of what does and doesn’t exist to deny all of them. If we’re honest, we know such kingly knowledge has not been given to us.

So epistemic humility forces us to choose to admit we either don’t know or we do. We cannot escape such a choice. What then do we do in the face of such a diverse range of beliefs? Either one religion is right or everyone is wrong (join the atheist club), in which they can never know that they are. But they cannot all be true (or be mere perspectives) because the very claims of religion are contradictory. It is not as though the elephant felt ropey and like a fan at the same time, whose qualities could belong to the same object, but an elephant who could fit into one man’s hand but not the other’s. Of course the two blind men would disagree because the claims were deductively incoherent!

One of the reasons Christians reject religions is not because they lack knowledge of other beliefs but because the defining elements of every other religion contradict one another, rendering them incoherent with reality. The other is that Christians have had such knowledge revealed to them. Rather than climbing up over one another on our ladders to reach God, he himself has lowered the rope into our pit of darkness, allowing us to reach him, if only we might grasp it. Which brings me to my next point.

“To say, I don’t know which religion is true is an act of humility.  To say, none of the religions have truth, no one can be sure there’s a god is actually to assume you have the kind of knowledge, you just said no other person, no other religion has.  How dare you?  See, it’s a kind of arrogant thing to say nobody can know the truth because it’s a universal truth claim.  To say, ‘Nobody can make universal truth claims.’  That is a universal truth claim.  ‘Nobody can see the whole truth.’  You couldn’t know that unless you think you see the whole truth.  And, therefore, you’re doing the very thing you say religious people shouldn’t do.” – Timothy Keller

2. It assumes that God has not revealed himself

The God who made the world and everything in it, being Lord of heaven and earth, does not live in temples made by man, nor is he served by human hands, as though he needed anything, since he himself gives to all mankind life and breath and everything. And he made from one man every nation of mankind to live on all the face of the earth, having determined allotted periods and the boundaries of their dwelling place, that they should seek God, and perhaps feel their way toward him and find him. Yet he is actually not far from each one of us, for “‘In him we live and move and have our being’; as even some of your own poets have said, “‘For we are indeed his offspring.’ Acts 17:24-28

Imagine that the elephant opened his mouth. “I’m – !” he said. That would change everything. The blind men would no longer be dependent on their senses as the elephant would be able to give them information as to who he was. This is the unspoken assumption the poem makes. Yet the claim of Christianity isn’t that men are left to their own devices, groping in the dark for some fragment of the truth. Nor are we enslaved individuals capable of using reason to break our chains and escape the cave (like Plato) to grasp God. We are like the blind men, helpless until the elephant invades their world, speaking and revealing himself. This is what Christians believe – that God out of his kindness, reached down by becoming one of us, a man named Jesus, and spoke. And this speaking is what changed everything.

The poem does help us to understand something, namely that without God revealing himself, knowledge about him really is just the speculation of 6 blind men groping in the dark, waiting for the light of the king to enter their darkness. Reason, empirical data, intuition – none of these are capable of reaching up into the noumenal (transcendent) world no more than a baby’s hand can reach up and touch the sun. It is a great tragedy that like the baby, humans too believe they can when in comes to the knowledge of God. Christians can be thankful that the king who reveals what the elephant is like is Jesus, God himself become man.

One thought on “Religions Can Neither All Be Right or Wrong”