A perch between reason and faith 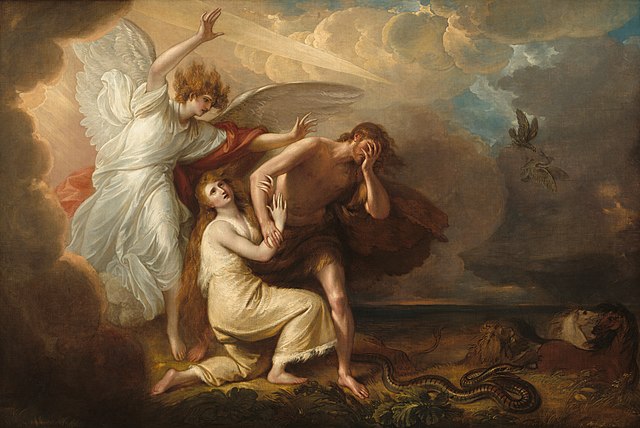 What makes evil, evil? Is it evil to hate a person in my mind? Or if I pretend to love them while secretly hating them? What if I openly hate them? What if I pretend to love them and then hate them by working against them without their knowledge? What if I murder them? You might say, ‘that’s enough. Of course you shouldn’t murder them!’ So abstractly labeling the latter as evil is easy. But if you’re required to retrace your steps backwards then it’s not so clear when good ends and evil begins. I think the default is to pass over every stage until the last one. In the age of the trite and trivial, it’s easy to pass over the early behaviors because they have less obvious consequences.

In truth, they’re all evil though varying in degrees. That seems overblown until you realize these behaviors or thoughts aren’t isolated incidences but states of being lived in the presence of an infinite person. Like my mother used to say, ‘it’s your attitude.’ When we pass over these small ‘bad’ actions without recognizing its evil, it’s akin to severing our vessels from our heart. These little behaviors are symptoms of our inner condition and who we are. Imagine the physician who points out to the patient that he has peripheral vascular disease. The patient retorts, ‘nice try doctor but these aren’t my vessels.’ Yet the madness of severing our behaviors from our self is seen everywhere. The malady becomes terminal when blinded by our spiritual sickness we can no longer recognize the good and evil we attempt to define. The fruit of the tree of the knowledge of good and evil is not to know good and evil. No, the food poisoning sets in before that.

In The Sickness Unto Death, Kierkegaard described the severity of sin (the Christian conception of evil) as terrible precisely because it occurred before God –

”…there was much truth in the idea, even though it has occasionally been misused, that what made sin so terrible was its being before God. From this people proved the eternity of hell’s punishment and then later became cleverer and said: ‘sin is sin; it is none the worse for being against or before God.’ Strange! Even lawyers talk of aggravated crimes; even lawyers distinguish between crimes committed against public officials and private citizens, prescribe different punishments for patricide and ordinary murder.

Wronging God infinitely heightens the severity of sin because God is not someone external, who exists outside ourselves like a police constable. Instead, he is a constant relation relating to our self. And the magnitude of our crime is judged based on the self’s standard and the person its been committed against. And it has always been this way. What would one think if a child murdered his father? Would such a child have committed the same crime by murdering his dog?

Calvin, the Swiss theologian recognized the link between the knowledge of one’s self and of God:

“For, in the first place, no man can survey himself without forthwith turning his thoughts towards the God in whom he lives and moves; because it is perfectly obvious, that the endowments which we possess cannot possibly be from ourselves; nay, that our very being is nothing else than subsistence in God alone. In the second place, those blessings which unceasingly distil to us from heaven, are like streams conducting us to the fountain. Here, again, the infinitude of good which resides in God becomes more apparent from our poverty”

The state of evil therefore lies in the will. And its severity lies in its relating of the self to its foundation, God. Evil is evil because it says “this is good for me!” and defies God for good is not ‘for you’ but rather ‘for God’. He is the person of infinite goodness. After all, Nietzsche remarked that good and evil were simply expressions of the will to power. A person who sins is a daughter who slaps her father whilst sitting on his lap. “I would rather sit on my own lap than yours, thank you very much!” Her crime lay in slapping not an inconsequential person but her father who gave her life and of using the elevation of his lap to do the very deed. Little girl, don’t you realize that you can’t slap your father without sitting on his lap?

Complement this article with: